Our Everyday Future: Predictive Business Applications in 1, 3, and 10 Years

It’s season two of HBO’s Westworld and I’m still sitting here thinking about it. But aside from getting lost in theories about the plot, the show’s AI-powered “hosts” have me thinking about the future of technology in our everyday lives.

If you’ve seen the show, you know it seems unlikely that we’ll ever see a real-life Westworld. Then again, did we ever expect wearables, drones, machine learning and more to emerge so quickly?

Every new year brings a list of predictions for the coming months and companies try to plan accordingly. If you want to be part of the next frontier of digital transformation, though, it’s time to start thinking even further ahead—even if the predictions all seem crazy now.

Our Everyday Future: Predictive Business Applications in 1, 3, and 10 Years from Dialexa

When it comes to business planning, 2018 tech predictions are the most attainable. Even if you’re a bit behind the digital curve, you can jump in as certain technologies become more mature in the business world. 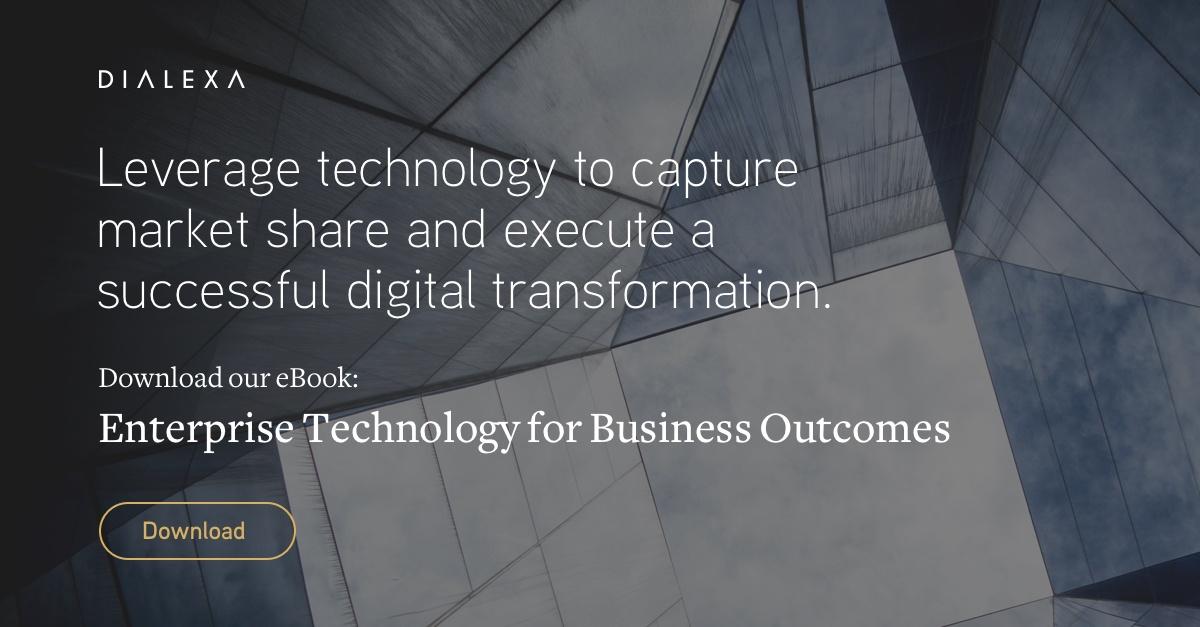 We had plenty of great predictions for 2017 technology from the Dialexa staff, but here are three you should stay on top of:

These have become the short-term projects that are becoming necessary to keep up with your competition. Now it’s time to think bigger while you plan to redefine the current state of your business technology.

Even if you aren’t doing it yet, you know it’s important to plan for technology three years in advance—things change too quickly not to. A lot can happen in three years, but here are a few things to get out ahead of.

In recent years, major business players have completely changed the face of everyday industries. Uber owns no cars yet they are the leader in the taxi industry, Airbnb owns no houses yet connected about 79 million room night bookings in 2016.

See a pattern here? This is just the beginning. This sharing system and economy ensures these resources remain active rather than the sparing use of our own products. Soon enough you will be able to utilize the gadgets and accommodations you desire, not having to worry about maintenance and depreciation of ownership, all at the touch of a button.

As Internet of Things becomes integrated into our daily lives, we’re connecting everything you can imagine. Sensors are everywhere collecting data, creating a complicated feedback loop to try and figure out what we need/want. It’s very mechanical, but it’s helping our thermostats, refrigerators and more get smarter.

But in the coming years, this feedback loop will get simpler. IoT will start to integrate machine learning to the point that we’ll be able to speak to sensors and have them learn from our explicit feelings rather than just perceived behavior.

For non-tech savvy readers, the cloud has always raised questions about where all our information goes. In the coming years, cloud computing will dominate how we store and access virtually everything.

As the amount of data growth exponentially increases across industries, the need for unlimited storage capacity in hyperscale data centers is not only necessary, but sure-fast. By 2020, the cloud will be the natural, safe place to store data—making it accessible anytime, anywhere.

At a time when voice recognition is only just starting to take some control away from our smartphone keyboards, it seems strange to suggest we’ll be moving beyond it. The next logical step for controlling our devices? Mind power.

This seems like a suggestion straight out of a sci-fi movie, but companies are already making progress with mind-controlled technology. For example, Emotiv is working on EEG technology to create brain-computer interfaces and BrainGate is making a wireless transmitter to help paralyzed patients move again. Who knows where we’ll be in 10 years—or how it’ll affect your business.

Virtual and augmented reality are already going mainstream. But for the most part, they exist as consumer applications or business applications in testing. We wrote a cookbook of VR/AR recipes to show how the use cases will evolve.

Some of the cookbook focuses on how VR/AR will transform offices as a whole. In ten years, you won’t see a cubicle farm full of monitors. You’ll be able to work in VR with as many monitors as you want, or use AR to overlay monitors on your work area. Not only that, but conference calls won’t just be videos or audio—you’ll be in a room with people allowing you to read the body language within the meeting that tends to get lost on traditional conference calls.

Remote Working Will Become More Than Working from Home

Companies in all industries are starting to embrace remote working options. But in the coming years, this will mean so much more than logging into Slack and working from home. We’ll be visiting offices in virtual reality (or even as holograms if you want to look even further ahead). It will take time, but eventually companies won’t even need to spend money on a physical office.

But even if you continue working for a company with a physical office, your commute won’t look the same. You’ll be in a self-driving car with all kinds of telepresence equipment—staying connected while driving will be as safe as working at home.

Be Part of Digital Transformation’s Next Frontiers

Time flies, especially when you’re talking about technology. Can you believe it’s already been ten years since Steve Jobs introduced the first iPhone? At that point, it probably seemed silly to talk about the Internet of Things or AI in the workplace.

If you want to be the company that looks back in ten years and thinks about how you got out ahead of the competition, now is the time to start molding these technologies and business applications. But you can’t just dive in head first without a plan and an infrastructure to support it.

If you want to learn more about setting yourself up for success with emerging technologies, download our free ebook, Enterprise Technology for Business Outcomes.

Kelsey recently graduated from Oklahoma State University with a B.B.A. in Marketing, with minors in Computer Science and Business Sustainability. The summer between her sophomore and junior year, she interned with Cenergistic, a ... More About Kelsey »