IoT Platforms: The Battle for the IoT Software Layer

The Internet of Things (IoT) opportunity that deserves attention lies in the software and user experience layer—in addition to the widely varied sensor layer, the coordination layer that is in flux, or in the more standard transport layer.

Even though there is a lot of innovation, we’re still a bit away from serious standardization in multi-layer IoT infrastructure integration on the B2B side. However, the 4 big consumer tech players—Amazon, Apple, Facebook, and Google—are making strides that will influence B2B product development in the coming years.

After lying dormant, the Big 4 are starting to play in the IoT technology space and showing how AI and chat are being used to shift away from single product-focused models. Here’s how they stack up against each other in today’s market.

Everyone Is Chasing Amazon

In somewhat of a stealth play, Amazon released its Echo wireless speaker with the built-in Alexa personal assistant in mid-2015. Amazon used the hardware product to work itself into user homes, delivering its integration platform in the process. Given Amazon's hardware track record, it was a huge surprise that Echo has sold as well as it has.

The Alexa platform has moved far beyond its original capabilities. The Alexa platform is open to developers, which has given the voice-controlled software a wide range of “skills” for users to take advantage of. 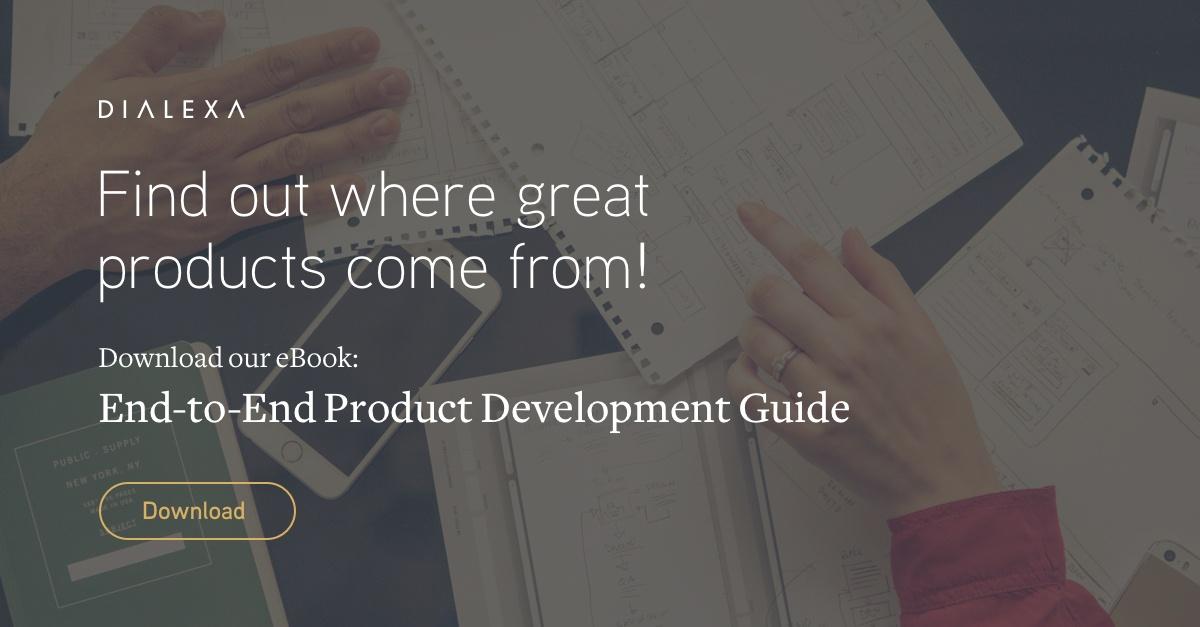 What sets the Alexa software apart from other attempts at IoT platforms is its advanced ability to glue nearly any IoT package together in the smart home. In the past, you had to control IoT systems such as smart lighting, Nest, and an internet-connected TV from interfaces. With Alexa, the user experience becomes far more convenient with a blanket integration platform.  The user just talks and all the devices now listen.

With the dominant AWS cloud and other products such as the Customizable IoT Dash Button and the less intimidating Alexa-enabled Tap speaker, Amazon has created a deep IoT platform product more sophisticated than any other big tech player.

Other Big 4 players are trying to compete in this software layer, but it will be difficult to close the gap on Amazon’s already large competitive advantage.

The problem that Amazon competitors must solve is the sympathetic feedback loop that exists with artificial intelligence. With AI platforms, the more people you have using the platform, the more feedback you get—which ultimately leads to more effective product iterations.

In theory, the sympathetic feedback loop will allow Amazon to continue building on its lead in the IoT space. However, Apple, Facebook and Google all have plans in place to bridge the current divide.

In late 2015, Apple launched Siri on its Apple TV. Aside from Alexa’s advantage in terms of voice recognition, Apple’s approach to IoT will suffer because it neglects the growing always-on trend. People are increasingly willing to accept security risks for the convenience that Siri doesn’t provide just yet. Not only that, but Apple continues to push an App Store model that will struggle against the more open Alexa “skills” approach. Apple is always an innovation threat, but they seem far behind Amazon at the moment.

Facebook recently opened its 900 million-user Messenger platform up to developers with a new Bots for Messenger program. While brands haven’t caught up with this technology just yet, it is a major way for companies to improve human interaction with users. The problem is that Bots for Messenger isn’t voice enabled at the moment—but it will be relatively simple for it to become voice enabled like Alexa. With this framework in place, Facebook is Amazon’s closest competition.

Although Google doesn’t have a sophisticated IoT platform just yet, they are the farthest ahead in terms of the technology necessary to create one. With advanced AI capabilities for semantic voice processing, superior machine-learning experience, and a massive Android user base, Google has the potential to catch Amazon. However, Google’s Nest acquisition has largely been a failure, leaving many questioning the company’s ability to succeed in the pursuit of Amazon.

There’s no telling how the software layer of IoT will play out in the long run. However, it’s clear that everyone has a long way to go to catch Amazon after the tech giant’s quiet entry into the market.

For CIOs, It’s Time to Start Thinking Ahead on IoT Integration Software

Consumerism drives B2B innovation, so CIOs must start looking at how these Big 4 tech players are using IoT and think about how to apply the concepts to their own businesses. For example, what if price scanners in the retail industry were replaced by voice-enabled interaction software like Alexa? This would vastly improve the user experience and give the company a competitive edge.

This is just one example of an IoT use case, but there are countless others. If you’re ready to start thinking about enabling your business on the Internet of Things, download our End-to-End Product Development Guide for more information on how to get started.

If you liked this article, listen to Dialexa CEO, Scott Harper, on Custom Made talk to the business opportunity of custom development:

Scott is Dialexa's founder and CEO. A technology entrepreneur with an engineering and finance background and extensive experience in sales, product strategy, product development, operations and marketing, Scott has founded several companies and worked ... More About Scott »