This summer, I was fortunate to get to work with our marketing intern - Isabelle Barse. During the 12 weeks Isabelle and the rest of our Summer interns were here, Isabelle documented the entire experience.

Here is a Summer internship retrospective by Isabelle Barse.

Walking into Dialexa, it’s nothing like what you would expect. From the pingpong table and dart boards, to the stocked fridge with any drink you could think of, you get the feeling right away that Dialexa isn’t a typical office. As an intern for Dialexa’s 2018 summer class, I knew I was joining something special.

One of my tasks was to document “the intern experience” over the course of the summer- I chose to do this through short weekly videos. If you follow our social account, you may have just seen some.


We settled in nicely at Dialexa- with access to all of the slack channels, shiney new monitors and macbook’s and professional headshots. on our very first week, we met Charlie Feld, commonly known as “the first CIO.” Usually when an industry leader such as Feld comes to the office, introductions are saved for the quote-on-quote ‘top dogs’ in the company - or so I thought. Instead, we were introduced to Feld and struck up a group conversation around our schooling, majors, and aspirations in life. He was very kind, attentive, and thoroughly enjoyed offering up his years of wisdom to us, an unsure group of university students tasting working life for the first time.

The first week was all about the mentors taking their time to make sure their mentees felt comfortable, welcomed, and were equal members of the projects they were put on. With the relationships I had built, after just one week, it felt like I had worked at Dialexa for a year.

Once a month at Dialexa, we have an “all hands” where the entire company meets and discusses everything from project updates, new client wins, and lessons learned. On special occasions, aka closed deals and new hires, we get to ring the gong. Gong being a massive 6 foot tall gong that can get pretty loud. At this particular all hands, each intern introduced ourselves and got to ring the gong- that’s a lot of decibels for one meeting.

Most companies would never allow “temporary employees” to listen in on sensitive information, but at Dialexa, we were treated the same as anyone else in the company. By the 10th day, we were regulars at the lunch hangouts, even participating (if you can call it that) in the makeshift workout routines the designer team had put together.

On our twelfth day as interns, we were invited to lunch with Dialexa founder and CEO, Scott Harper. We discussed everything from his journey starting Dialexa to what his daughters’ favorite colors were. It was evident that everyone within Dialexa, no matter the rank or availability, wanted to help us in anyway they could.

In these videos, we wanted to try and showcase the diversity within Dialexa- as it’s mirrored in the interns as well. We all have different majors and we all come different walks of life. This diversity taught us more than we could’ve learned at another company, and helped us better learn from each other.

Another unique part of Dialexa’s internship program is the fact that each intern is put on a client project and given the same responsibilities as a full-time employee. Working on client projects allowed us to feel a sense of importance and accomplishment by the end of the twelve weeks.

Dialexa did an incredible job in making sure we had every opportunity to bond with each other and the rest of the company. In week six:

With or without these events, it was clear that the people at Dialexa genuinely wanted to spend their free time together as friends.

We’ve said it before and we’ll say it again, building from the bottom up is our best way of growing. Therefore, it’s important that each of us had a mentor for that 1-on-1 connection.

As an intern, it’s easy to feel like a burden or a deer-in-headlights with all the new information being thrown at you everyday. My mentor was actually an intern at Dialexa 2 years prior, so knowing she went through this same process was comforting as I could go to her for anything. With the previous experience the mentors had, they were better able to relate and teach us throughout the summer.

We wanted to capture insight from some past summer intern ‘graduates’ along with some former interns who now work at Dialexa full-time. We got to hear what they valued most from their intern experience here and their advice for how we could do the same.

Week eight was the kickoff of intern projects. The engineering interns were to combine their skills and learnings and build a program the company could benefit from long after their departure.

Once they knew what they wanted to build- they had guidance from design leads, engineers, and even Dialexa’s executives to discuss how to best utilize their time in order to launch in four short weeks.

Being given the time and resources to execute their own project, a project of choice, is a testament to how much Dialexa truly wants to see us grow and feel a sense of accomplishment in our work.

The interns developed a slack integration where upon putting in a slash command, anyone is able to see what Dialexans were listening to on Spotify in real-time. It’s a great build and everyone enjoys it so much as it further connects the team.

At this point, we had heard from previous and past interns, now we wanted to hear more from the mentors themselves. Like most interns fear, we were never sent out on a ‘coffee run’ or given any other form of grunt work. As a mentor, they’re duties were to integrate us into the company while guiding us every step of the way. Since being a mentor is no walk in the park as it’s an extremely time consuming position, I wanted to get an idea of why the mentors signed up to be a mentors.

We go to learn how passionate each mentor was about-

We didn’t expect to be treated so well and as equals to the rest of the company, but because we were, we put in that much more heart and effort into our day-to-day tasks.

While it was geared towards and open to the public, we had more than a quarter of the company attend, not only to be supportive of the Dialexa presenters, but to expand their knowledge and learn from each other.

Dialexa hosts weekly lunch ‘n learns where anyone in the company can prepare a presentation or talk over a topic (recycling, book reviews, a program they enjoy, a new platform or technical skill etc.) that they feel the rest of the company may benefit from as well. Week eleven’s lunch ‘n learn was, you guessed it, intern presentations. This lunch ‘n learn was dedicated to each intern presenting what they did this summer, the impact they had on their assigned projects, as well as what we learned throughout the summer.

This gave us the chance to show the entire company how hard we worked, but also gave Dialexa a better idea of what we saw as valuable which will help them better shape the plan and format for future intern classes.

For the last week of our internship, we went out with a bang, literally! Because the first round skydiving failed, and Dialexa wanted to make sure we got the chance to experience it before the summer ended, the interns and mentors went back for attempt #2 on skydiving! The idea that a company takes monthly “field trips” was already a foreign concept to me, much less that the field trip happened to be skydiving.

Skydiving was just one of the many once in a lifetime experiences we had this summer at Dialexa, and being able to do it with not only our colleagues but our friends made it so much more meaningful.

The idea behind getting an internship is that hopefully with a little luck and hard work, by the end of the summer, you’re better prepared for the real world. Dialexa not only helped better prepare us for a future in our industries, but showed us that you can have fun while doing it.

I can safely speak for every intern when I say- by us being fully immersed in such a unique company culture this summer, we are walking away with skills we may not have even gotten as a full-time employee at another company.

If you’re in the market for an internship, you will be hard pressed to find a place better than Dialexa. And if you won’t take my word for it, my 1,829 words to be exact, hopefully these twelve videos above prove my point. 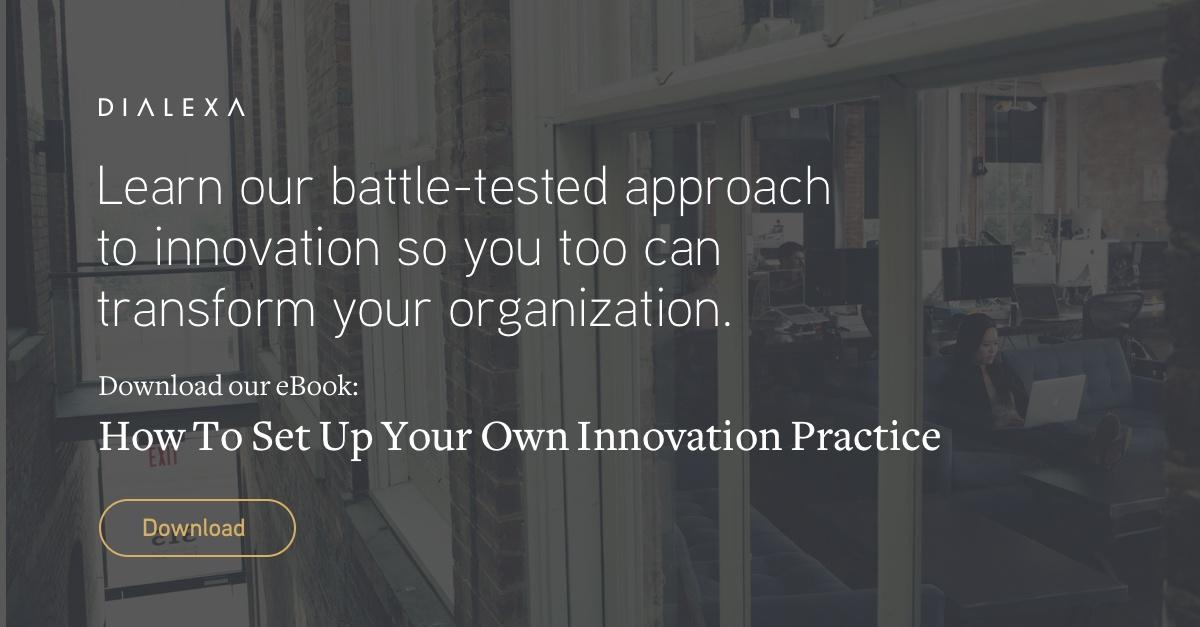 Kelsey recently graduated from Oklahoma State University with a B.B.A. in Marketing, with minors in Computer Science and Business Sustainability. The summer between her sophomore and junior year, she interned with Cenergistic, a ... More About Kelsey »