The Current State of VR and AR Hardware

We’re far from a mature virtual reality (VR) and augmented reality (AR) market, but the buzz is certainly growing in these early stages. Between July 2015 and July 2016, VR and AR startups received over $2 billion in VC funding—and the growth is only expected to continue.

If you liked this article, listen to Dialexa’s Chief Creative Officer , Steven Ray, on Custom Made talk about the value of designing the wrong product: Listen to all episodes of Custom Made for insights and perspectives from industry disruptors and technology leaders.

While there are plenty of potential use cases for VR and AR technology, the reality is that virtual/augmented reality applications require more maturity at the hardware level to truly take off.

The VR/AR hardware landscape started to take shape in the first half of 2016. Let’s look at what we can expect in the second half of the year.

A Brief Overview of VR/AR Hardware

As far as augmented reality goes, there are really just two players to watch—Microsoft HoloLens and Magic Leap. While Magic Leap has garnered a lot of excitement (thanks to its incredible demo videos), the mysterious technology does not yet have public specifications. However, here are the technical details for HoloLens:

All of these comparisons and specifications tell you where we stand with VR/AR hardware now. But what can we expect as we get through the second half of 2016?

Expectations and Analysis of the VR Hardware Market

While the Samsung Gear VR exists in a middle class of the VR hardware market, it’s Samsung Galaxy platform approach hasn’t yet matched the offerings from Oculus and HTC.

From a sales perspective, the HTC Vive is fast-approaching the 100,000-unit mark. This is an impressive achievement in the young VR market, but rumors indicate that Facebook’s backing of Oculus Rift has resulted in greater sales (though there hasn’t been a public confirmation).

One reason for the HTC Vive’s sales success is its technical superiority. With support for a 15’x15’ room scale experience and its own gesture controllers, HTC Vive currently offers a unique user experience. However, this might not be the case for long.

In the second half of 2016, Oculus Rift was expected to include room scaling (for rooms around 8’x7’) and far superior gesture controllers—ones that can sense specific gestures via infrared dots. This kind of gesture recognition can enhance many use cases, such as including hand motions in VR social apps.

The innovation in the VR hardware market is also driving sales and innovation in the console gaming industry. VR is creating new customers and extending console platform product life and increasing sales.  At this year’s E3, Microsoft unveiled a new iteration of its Xbox One—the Xbox One S. This is a significant change in the console gaming industry which has traditionally upgraded platforms alongside hardware (think Xbox 360 to Xbox One). It is widely believed that this incremental upgrade gives Xbox One S the ability to support VR gaming.

The question now becomes whether Microsoft will choose to include an HTC Vive or the Oculus Rift in future Xbox One S sales—a choice that will have a massive impact on the VR hardware market. While rumors have swirled around each option, Oculus has a significant advantage because of the existing partnership between Microsoft and the VR hardware company. By the time Black Friday 2016 rolls around, we’ll likely have our answer.

Sony’s PS4 has announced it’s own VR iteration of its PS4 platform will be available by October 13th at a price of $399 (not including the sony camera or motion controllers).  This will be a very accessible price point for the many owners of Sony’s console.  Early specs are for slightly lower resolution and field of view than the Rift or the Vive. This is the tradeoff that Sony is making to beat Microsoft to the market.  As the Xbox One and PS4 push virtual reality gaming and applications, the market will mature at a rapid pace.

Expectations and Analysis for the Augmented Reality Hardware Market

Consumer gaming is accelerating the VR hardware market, but augmented reality seems to be growing in the enterprise space at the moment. Microsoft is already offering HoloLens in pre-order versions in the hopes that it can beat Magic Leap to mind share in the enterprise community.

However, Magic Leap is closing massive rounds of funding, the latest of which valued the company at $4.5 billion. This kind of valuation puts a lot of pressure on Magic Leap, so it’s unlikely we’ll see the company come out of stealth mode by the end of 2016.

The Magic Leap delay gives HoloLens a significant advantage, but the reality is that 2016 was not the year of augmented reality. As VR continues to mature, we’ll see AR lag behind slightly and start maturing this time next year and beyond.

Don’t Let Your Company Miss Out on Virtual/Augmented Reality

However, keeping up with the latest hardware releases and updates will give you a better idea of the kind of use cases you can start taking advantage of in the coming years.

If you’re still having a hard time seeing how VR and AR will move beyond consumer gaming, download our new cookbook, 11 Tasty VR/AR Recipes, and see how this hardware can change the face of business. 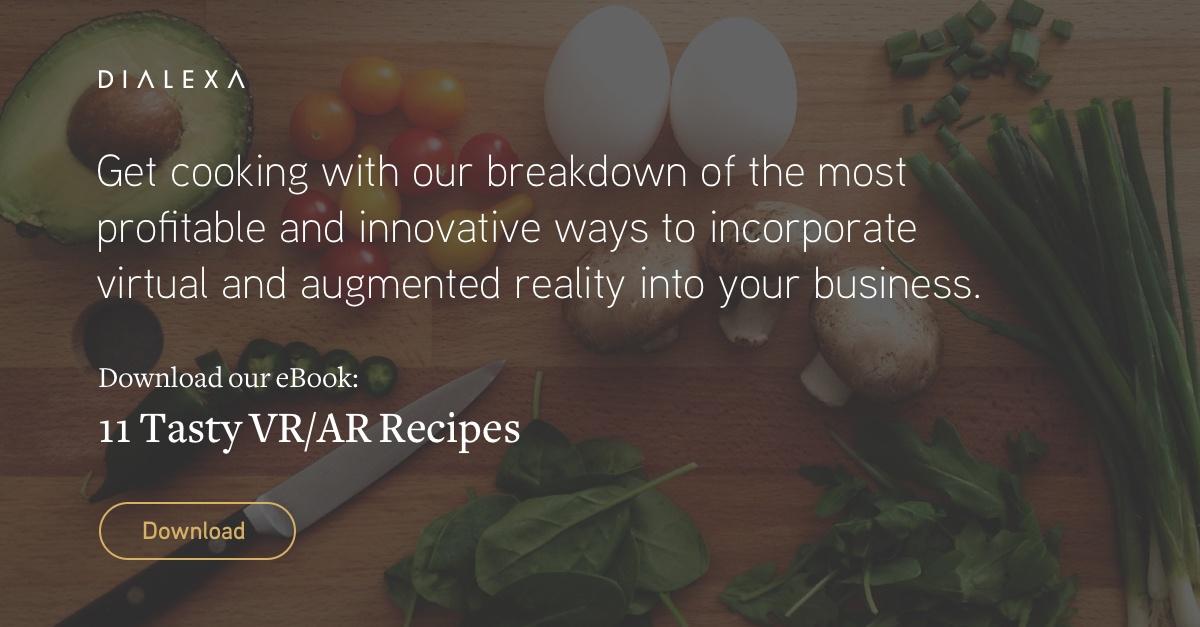